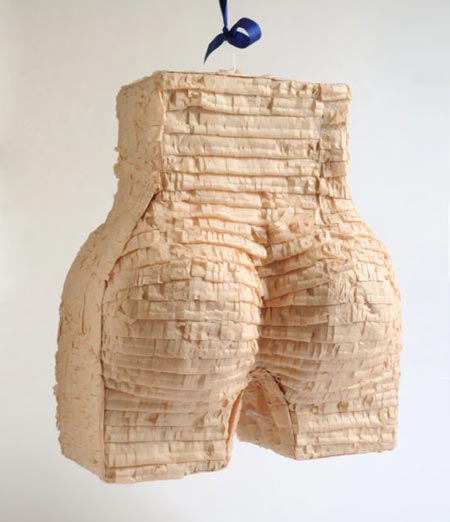 In his research on Ford Motor Company’s new, Yii-P! integrated rear-seat childrens’ entertainment technology (see this post), the Gay Uncle came across many and varied forms of piñatas. Piñatas shaped like meatballs, feet, cats, and Darth Vader. Piñatas shaped like devils, horses, donkeys, and unicorns. Even people dressed up like piñatas, which triggered in him an overwhelming desire to seek them out, hang them from the rafters of a dingy basement, and have a bunch of blindfolded children beat them with a broom handle until their insides poured out. But he found only one piñata shaped like a big ass.